How Soon Will Automated Trucks Be on the Road? 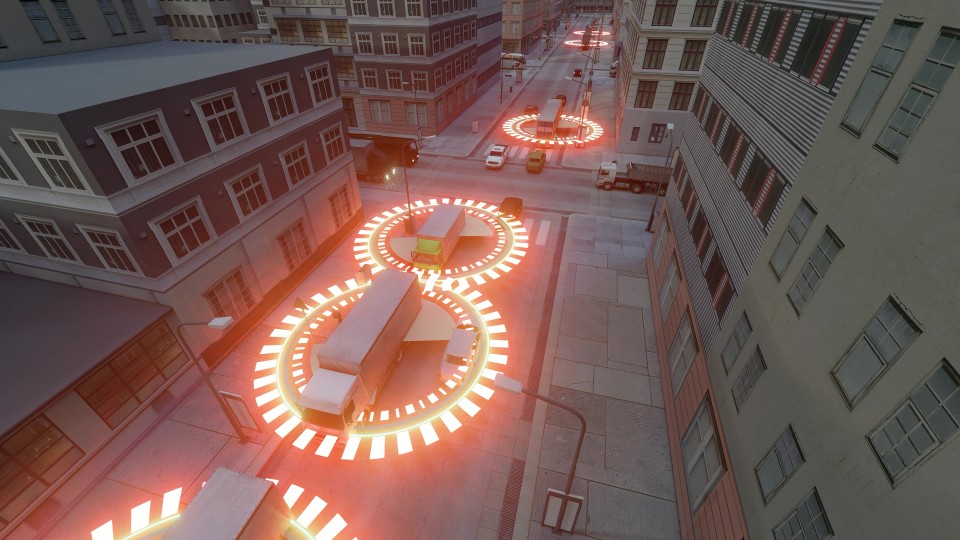 The hype around automated vehicles in the last five years makes many truckers nervous. But truckers should take note: early technology reports claimed that by 2020 the streets of major cities would be littered with driverless vehicles. Projections that automated trucks will take over long haul routes in the next five years are similarly far-fetched. However, the technology has the potential to change—and benefit—truckers and the trucking industry substantially, as we outline below.

At its most basic application, driverless vehicle technology requires sensors, radar devices and cameras affixed to multiple locations on the truck, and most importantly an artificial intelligence (AI) supercomputer. The AI computes data from all the sensors in real time to make driving decisions.

Before the truck ever hits the road, the AI takes driving lessons on massive amounts of driving data and simulations. Over and over again, similar but slightly different situations are posed to the AI to teach it the cause and effect of its actions and how different variables can affect decision making. Currently, autonomous vehicle companies are also paying experienced truckers excellent salaries to supervise the AI, assess the technology’s performance and help developers improve the system.

In principle, much of automated trucking is simpler than an automated personal vehicle, because a truck’s size and vantage point provide a better base for sensors and large-scale computing ability. Long-haul transportation also involves predictable routes on easily navigable interstates as opposed to a unique door-to-door delivery on city streets.

Right now, the majority of the industry is at a Level 3 and testing Level 4s. At Level 3, AI can make driving easier for truckers to steer, brake, accelerate and shift gears, but the trucker must be present at all times. At Level 4, the AI can manage the vehicle under most conditions, but the truck driver is still present as a safety precaution.

Level 4 driverless 18-wheelers are already on the road. Some companies like TuSimple aim to begin testing Level 5 driverless routes as early as this year. The company currently has a fleet of 40 trucks in the U.S., based out of Tucson, Arizona, and Dallas, Texas and has been conducting human-supervised depot-to-depot runs for about a year now.

Waymo, which began as a Google self-driving car project, launched its fully autonomous ride-hailing service in Phoenix in October 2020. They’ve been applying their technology to Class 8 trucks, and also began testing in the Southwest last year. Moving from the testing phase to commercialization for all companies will likely be a slow process, because this stage of development requires the AI to be trained on rare scenarios to meet safety standards.

Experts predict that for at least the next 5 to 10 years autonomous trucks will require human co-pilots in order to meet safety regulations. In order for regulations to budge, driverless trucking companies need to be able to prove safe, consistent performance at scale, which takes time. Even once autonomous vehicle safety has been proven, acceptance will need to be almost universal between jurisdictions—a big ask as weight limits have proven—for driverless trucks to make a major impact on the industry.

Issues with autonomous vehicle technology currently involve difficulty sensing at night or in the rain, response to emergency situations, and above all last-mile delivery. Some systems cannot even detect lane lines in ice or snow, and many use cameras and sensors with detection limited to half a mile or less.

As any trucker knows, driving a big rig requires a much longer lead in reaction time than a personal vehicle. A fully loaded truck driving at highways speeds needs at least 200 yards to stop, which means that autonomous vehicle sensors need that distance, plus reaction time, in order to meet Federal Motor Carrier Safety Administration regulations. TuSimple claims its HD cameras can see 360 degrees around the vehicle and up to 1,000 meters away, but most other companies are working at about 200 yards of detection distance.

What Driverless Trucks Could Mean for Truckers

In theory, this makes driverless trucks able to deliver a load faster, safer and more efficiently. But, as we stated earlier, the technology currently has limited applications.

It’s also worth noting that demand for long-haul freight has increased dramatically in the last decade and all indications are that this demand will continue to grow. Most experts believe that autonomous vehicles might begin to alleviate the ATA’s projected trucker shortfall of 160,000 by 2028, but not replace many jobs in the next decade. Some see automated trucking as a whole new freight category: for longer haul expedited freight, especially in time-sensitive, coast-to-coast runs.

How Autonomous Trucking Could Benefit Truckers

Most truckers’ top complaint: how often they are away from home during the week. The automated driving technology’s biggest obstacle: navigating narrow city streets and loading bays. Put these two facts together, and autonomous trucking actually makes truckers future look bright.

Driverless vehicles will likely take over long-haul freight in the decades to come, while experienced truckers will be responsible for regional, first-mile and last-mile loads. And as part of the human premium will be handling loads, trucker compensation will have to shift away from per-mile to methods that more adequately reflect the time and energy spent.

Autonomous truck developers are also offering experience truck drivers excellent opportunities right now to help train the self-driving systems and test vehicles on the highway. As the industry develops, truckers will have more opportunities to make a shift to maintenance, dispatch, or customer support as well.

Truck Driver Jobs at a Transportation Company in East Tennessee

Driverless trucks are still years away from being commercially viable, and it will take decades beyond that for them to scale to the U.S.’s growing freight demands. In the meantime, truckers will benefit from additional safety measures in the short term and likely more equitable pay and home time in the long run. The hype surrounding driverless trucks just demonstrates the industry’s desperate need for more truck drivers.

Are you ready to start a career with high pay and great benefits with a supportive, empowering company? Roane Transportation is a transportation company in East Tennessee, and we are always looking to hire passionate, dedicated flatbed truck drivers. Currently, our top areas where we need to hire are East TN; Nashville, TN; Atlanta, GA; and Charlotte, NC. We offer industry-leading pay and excellent benefits to all of our truck drivers, plus guaranteed weekly home time. Our equipment is state-of-the-art to ensure the safety of our drivers and the loads they carry. With our national, regional, and local fleets, you are sure to find the perfect fit with our company. If you are interested in becoming a part of our flatbed trucking team, give us a call today at 865-354-3288 or apply online.