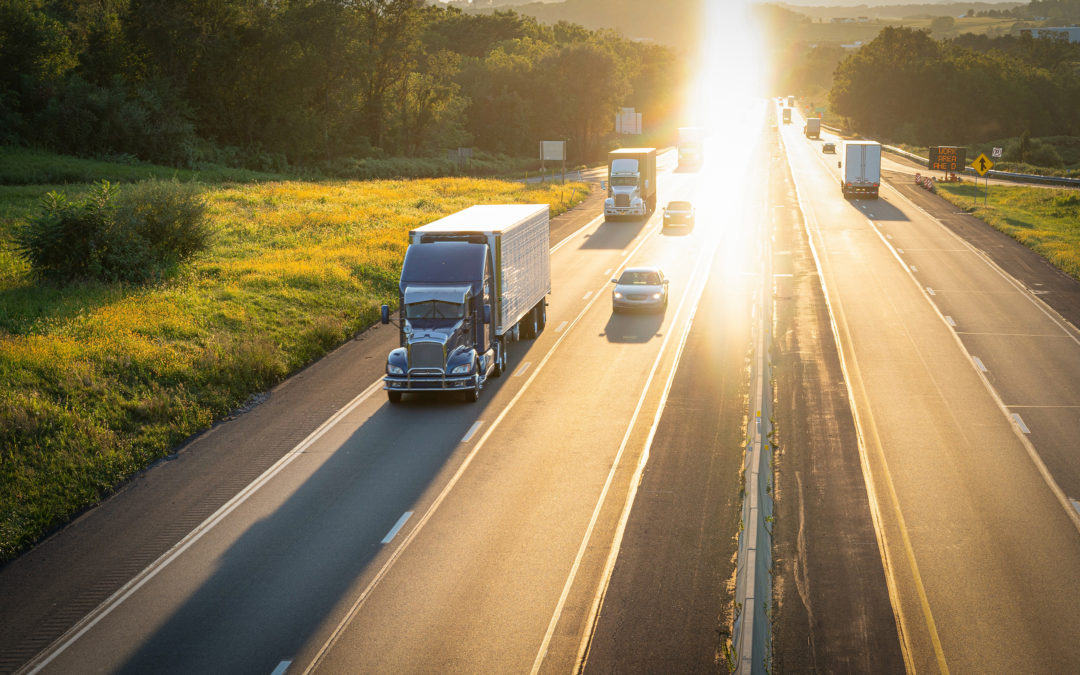 Semi and flatbed trucks are as much a part of traveling on roadways as stoplights and blacktop pavement. Large trucks used to haul freight are a part of life across the country and throughout every corner of the world. They provide the goods and the resources we need to power our modern ways of life.

But have you ever considered how the trucking industry came to be so important to our current infrastructure? Truck drivers have been an essential part of everyday life for well over a century.

At Roane Transportation, we come from a long history in the trucking industry and proudly carry on that history with our fleet of flatbed trucks today. In this two-part series, we’ll explore the history of trucking in the United States and how we arrived at the modern flatbed trucks we use to provide the highest quality service for our customers today.

We’ll begin with part 1, the beginning and growth of trucking.

Beginning of the Trucking Industry

Trucks in the United States date as far back as the 1890s, when Alexander Winton invented the car hauler in Cleveland, Ohio.

Winton owned the Winton Motor Carriage Company and sold these new “horseless carriages” to customers across the country. The problem, however, was that customers wanted these new vehicles delivered without putting miles on them or wear and tear. Since road infrastructure was not what it is today, these precursors to the modern-day car could easily be damaged traveling across dirty, rocky, and muddy roads.

So in 1898, Winton created a car hauler that could transport vehicles to customers still looking (at least somewhat) new. These haulers closely resembled their horse-drawn wagon predecessor, with the driver seated in front of the mechanized motor, and a cart was attached to the back. In a sense, these haulers looked very similar to the flatbed trucks we utilize at Roane Transportation today.

Growth and Innovation in Trucking

The popularity of the trucks exploded over the following years. In 1904, there were 700 trucks in the United States. By 1910, approximately 10,000 trucks were carrying primarily small deliveries in mostly large, metropolitan areas. Running lights were added in 1912, allowing drivers to continue driving at night, which rapidly expanded their capabilities.

Two years later, the number of trucks on the roads grew to 25,000, which encouraged government leaders to expand roadway development and infrastructure. Over the next ten years, the government invested $75 million to build new roads and improve old ones.

The first semi-trailer was developed that same year in 1914 when a wealthy Detroit lumber merchant named Frederic Sibley asked blacksmith August Charles Fruehauf to create a trailer that could haul his boat to his summer home in Northern Michigan. The invention worked so well that it led to Fruehauf creating the Fruehauf Trailer Company in 1918.

Impact of World Wars I and II

As Fruehauf was creating his company, World War I was ravaging countries across Europe. When the United States military sent 2 million troops to fight overseas, many of Fruehauf’s trucks traveled with them. Improvements like inflatable tires were made to handle the rugged terrain, increasing the trucks’ usefulness on the war front.

Two trucks performed better than the rest, the White and the Mack, and led to their widespread adoption into civilian use after the end of the war. By 1920, one million semi-trucks had been manufactured with many millions more to come over the next two decades.

As innovation continued after the end of World War I, the American Highway Freight Association and the Federation Trucks Associations of America combined to form the American Trucking Association (ATA) in 1933. The ATA advocates for those across the trucking industry today.

When World War II began in the late 1930s, Mack became the workhorse vehicle of the U.S. military. More than 35,000 Mack trucks were deployed and used by the military during the war. Back home, semi-trucks overtook railroads as the primary means of hauling freight across the country. Today, semi-trucks transport approximately 70 percent of freight in the United States.

The White and Mack trucks used by the allied forces in both World Wars still exist as subsidiaries of their parent companies Volvo, Navistar, Daimler, and PACCAR.

In Part two of this series, we’ll look at the rise and development of flatbed trucking and how it became a specialized vehicle for some of the most challenging transportation projects in the world.

Truck Driver Jobs at a Transportation Company in East Tennessee

The semi and flatbed trucking industries are continuing to build on their long and storied history that helped build the United States into the thriving country it is today. At Roane Transportation, we take great pride in being a part of that history and believe it is our responsibility to do our part to continue its growth.

Are you ready to start a career with a historic and important history in our country? Roane Transportation is a transportation company in East Tennessee, and we are always looking to hire passionate, dedicated flatbed truck drivers. Currently, our top areas where we need to hire are East TN; Nashville, TN; Atlanta, GA; and Charlotte, NC. We offer industry-leading pay and excellent benefits for all our truck drivers, plus guaranteed weekly home time. Our equipment is state-of-the-art to ensure the safety of our drivers and the loads they carry. With our national, regional, and local fleets, you are sure to find the perfect fit with our company. If you are interested in becoming a part of our flatbed trucking team, give us a call today at 865-354-3288 or apply online.